If you have ever started wondering “Which low-code solutions is right for me?“, here are five things you should know about our low-code environment Five to make your choice easier.

Five allows you to code your app your way. Want to code in JS? No problem. Or write a SQL query? You’re welcome. With Five, you never hit the no-code brick wall. Just the opposite: you are free to use your coding superpowers whenever you choose to.

Software engineering is a team sport. That’s why inside Five, teams of developers can work on the same application with no issues. Five is an in-browser integrated development environment (IDE). Even better: you get a full audit trail of all application changes, including the user and time stamp. 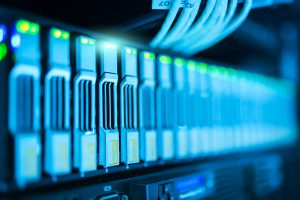 3. Build Your Own Extensions or Use Libraries

Five allows the use of plugins to extend and integrate into existing and future environments.

You can even build and call out a library of your own components to speed up your teams development.

Five is designed to not only let you develop & deploy simple applications, but to let you create complex projects. What’s the proof, you might ask. We are building Five in itself, showing that Five can satisfy even the most complex use cases. We trust our platform to build itself, so you can trust in Five for your next software development project.

Applications development with Five run anywhere: they are device-independent thanks to responsive design, and infrastructure-agnostic thanks to Kubernetes. You can even run applications on-premise. Apps developed with Five are containerized, scalable, portable and resilient out of the box. You’re free to scale to any size without redesign.

Overall, Five reduces the overall time and effort that it takes to build, deploy and adapt web applications. We are building Five based on the latest technologies and thinking in software engineering. With it, developers can deliver scalable, high-performance web applications in record time.