In a world that is increasingly digital, organizations must not only deliver their products and services to their customers, but they must also excel in software development. The role (and rise) of the CIO, CTO or CDO is just one of the trends that highlights that software is becoming more and more important for business.

Yet, executing a digital strategy can be tough. Frequently IT resources and budgets are strained and too much time is spent on maintaining legacy systems.

In a recent survey conducted by McKinsey, their team found out that a frequently overlooked contributor to the productivity of developers is giving them the right development tools. According to McKinsey, “best-in-class tools are the top contributor to business success—enabling greater productivity, visibility, and coordination. Yet only 5 percent of executives recognised this link and ranked tools among their top-three software enablers. The underinvestment in tools across the development life cycle is one reason so many companies struggle with “black box” issues [i.e. not being able to track their R&D team’s productivity].”

Application platforms (abbreviated as aPaaS, or application platforms as a service) are one of the tools that McKinsey points out as having an impact on developer performance. These platforms dramatically shorten the time required to go from idea to app through prefabricated software building blocks that can be easily assembled and disassembled. 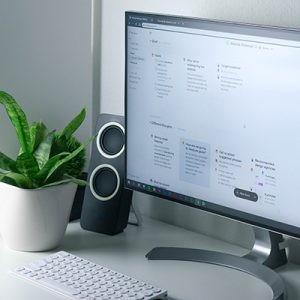 But choosing the right application platform isn’t easy. The market is crowded with vendors large and small with different offerings. Here’s what we consider critical in choosing your right aPaaS:

1. Collaboration. Software development is a team sport. A good aPaaS lets developers work on the same project at the same time, syncing changes in real time on the cloud. Much like Google Docs or OneDrive, such cloud-hosted aPaaS have collaboration built into their DNA rather than adding it as an afterthought. That’s why we’ve designed Five to be fully functional through the browser, with no download required. Everything a user does, is synced automatically and is traceable and, through our history feature, reversible at the click of a button. This lets developers work collaboratively with ease.

2. All tiers of coding. Developers love code. Software development is more an art than a science where developers apply their creativity to solving problems through innovative software. Whilst an aPaaS platform can accelerate development processes by giving developers access to prefabricated building blocks of software, not taking away developers’ ability to add code when desired is important. In Five, users are given the possibility to create apps using all tiers of code, from no code, to low code, to full code, leaving it up to developers how they want to approach their next software project.

3. Community & extensions. In software development, it is common to benefit from the work of the developer community. Five wants to foster such a community of creative individuals who love working with software, so that anyone developing on Five can get inspired by others. Additionally, Five gives you access to what’s already out there. For example, when developing on Five, you can access data or services through Application Programming Interfaces or APIs. APIs let organisations expose their digital services and assets in a controlled way. In Five, users can easily tap into data and services through APIs, making the possibilities of what can be built with Five truly unlimited.

Altogether, this what we call the next generation of software development, simplified.