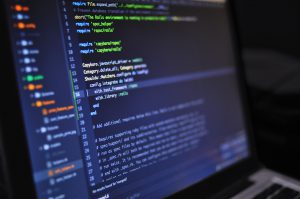 There’s a debate on how many lines of (reliable) code a developer can write a day, but it seems safe to assume that the average lies somewhere between 20 to 40 lines of production code. Based on these statistics, a team of three developers would spend anything from six months to one year to create an Windows app – not an unrealistic time frame for a software development project, yet more time than a business might have to respond to a market trend.

In addition, a larger codebase does not mean better software. There is often more than one way to achieve an outcome using code. Different developers will come up with different approaches. Good code requires few lines, runs smoothly, is easily readable and maintainable. As Bill Gates said, less is more when it comes to writing software:

Application platforms as a service (aPaaS) relieve software developers of the mundane work of having to write code for every form, field, and report that business requires, while increasing reliability and security. By using a standard platform with standard components, developers can speed up the development process by using what has been tried and tested by the platform provider. Think of an aPaaS in the same way car manufacturers build multiple models and marques on shared automobile platforms: a shared foundation instils best practices and standards into every software that is created with the aPaaS, but still allows developers to create unique solutions with unique functionality.

The result? Fewer lines of code, faster project completion, fewer vulnerabilities and more reliable software that is easier to maintain.