WebAssembly is a new type of code that can be run inside modern web browsers. Together with low-code, it has the potential to transform how software developers build applications for the web.

Thanks to WebAssembly this has changed.

The World Wide Web Consortium (W3C) designed and develops WebAssembly. It was first announced back in 2015 and the first demonstration took place two years later, in 2017.

Some people think that WebAssembly or Wasm is a new programming language. But that’s not entirely true. It is a type of code, but not one that is intended to be handwritten by programmers. Instead, WebAssembly is a compilation target for commonly used programming languages, such as Python, C, C++, or Rust. By serving as a compilation target, these languages can then be run inside a browser, breaking up JavaScript’s dominance on the web. This also helps overcome JavaScript’s performance issues by making programming languages that were traditionally used to create large-scale, mission-critical enterprise systems, such as C++, accessible in a browser.

How Does It Work?

WebAssembly takes the source code written in another language and makes it compatible for use inside a web browser. The process looks like this:

If you would like to find out how to build your first application with Wasm, we recommend the OpenSource.Com article on “How to write ‘Hello World’ in WebAssembly”. For a more detailed explanation of how the compilation process works, check out this excellent podcast episode on Software Engineering Daily.

I Think I Get It. But Can You Give Some Examples?

If all of this sounds too abstract, don’t worry! Chances are high that you are already using a web application that is powered by WebAssembly. 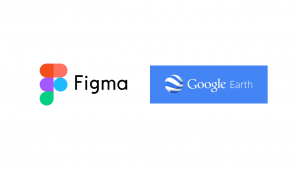 “Because apps compiled to WebAssembly can run as fast as native apps, it has the potential to change the way software is written on the web.” – Evan Wallace, CTO of Figma

He then goes on to explain that Figma is written in C++, which is one of the languages that can be compiled into WebAssembly code. By doing so, Figma was able to speed up its load time by 3x, achieving near-native performance.

In both cases WebAssembly was the right solution for a complex engineering (and business) problem: how do you bring large applications to the web, without sacrificing performance or having to re-write the entire application from scratch? Figma and Google Earth are two great examples of the types of use cases that WebAssembly is designed for.

How does all of this relate to low-code software development? Both are potentially transformative technologies.

At Five, we are building a language-independent, in-browser development environment that supports Wasm. In the future, software developers will be able to write code not just in JavaScript or TypeScript, but in almost any language right inside of Five. This code is then compiled to Wasm and can be used to develop & deploy device-independent web applications. Inside Five, we’re combining the power of WebAssembly with low-code in one platform.