Low-Code vs. No-Code vs. Pro-Code: What’s The Difference?

➡️ Low-code is for developers who want to build applications quicker.

➡️ No-code is for non-developers who want to build applications on their own. 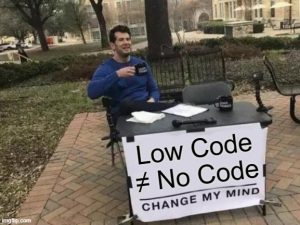 Low-Code vs. No-Code vs. Pro-Code: What’s The Difference?

Rarely have technology gurus come up with a more descriptive name for a technology than no-code.

No-code allows people without coding skills to build applications without using code. Who would have guessed? (Compare this to “NFTs” or “the metaverse”. Good luck guessing what those are).

No-code builders are usually visual, What-You-See-Is-What-You-Get (WYSIWYG) development environments. They enable people who have never written software before to build their apps. Typical users are non-technical founders, entrepreneurs, or anyone else who wants to spin up an MVP quickly and at a low cost.

However, this approach also comes with limitations: inside a no-code tool, there’s very little wiggle room to customize or change anything. If it’s not provided as a pre-built component, you can’t do it. Speed and simplicity of development come at the cost of application complexity.

Let’s first look at low-code vs. no-code, before analyzing how full code differs from either one of them.

Whereas “no-code” is a great name, “low-code” is just the opposite: it’s neither descriptive nor accurate. Nor do the intended target users of low-code platforms, i.e. professional software engineers, particularly seem to like it. They like writing, reading, and de-bugging code: why would they want to get rid of code?

One of the better definitions of low-code we came across is this (Forbes):

“Typically built to componentize the more easily defined and repeatable tasks associated with coding software, low-code is not for dummies and still requires a professionally trained and qualified software engineer to handle it”.

A better name for “low-code” would be “efficient code” (Chiefs of Marketing would probably beg to differ with this assertion). Low-code solutions speed up the work of experienced software engineers through pre-built components. But they don’t eliminate full code. That’s how they allow for increased complexity compared to pure no-code platforms. They usually also come with much more developer-focused features, such as multiple application environments (development, staging, and production), or multiple application instances (i.e. one codebase supporting multiple instances) compared to pure no-code tools. But they do require some programming knowledge, so they are certainly not a tool for everybody. A “no-coder” would certainly be overwhelmed with the complexity inherent in more cutting-edge low-code tools.

So how do you know where you sit on the low-code vs. no-code divide? Here’s a simple test: if things like application environments, instances, libraries, or queries don’t mean anything to you, or if the only code you’ve ever read is “The Da Vinci Code” by Dan Brown, then you are not the right user of a low-code tool. 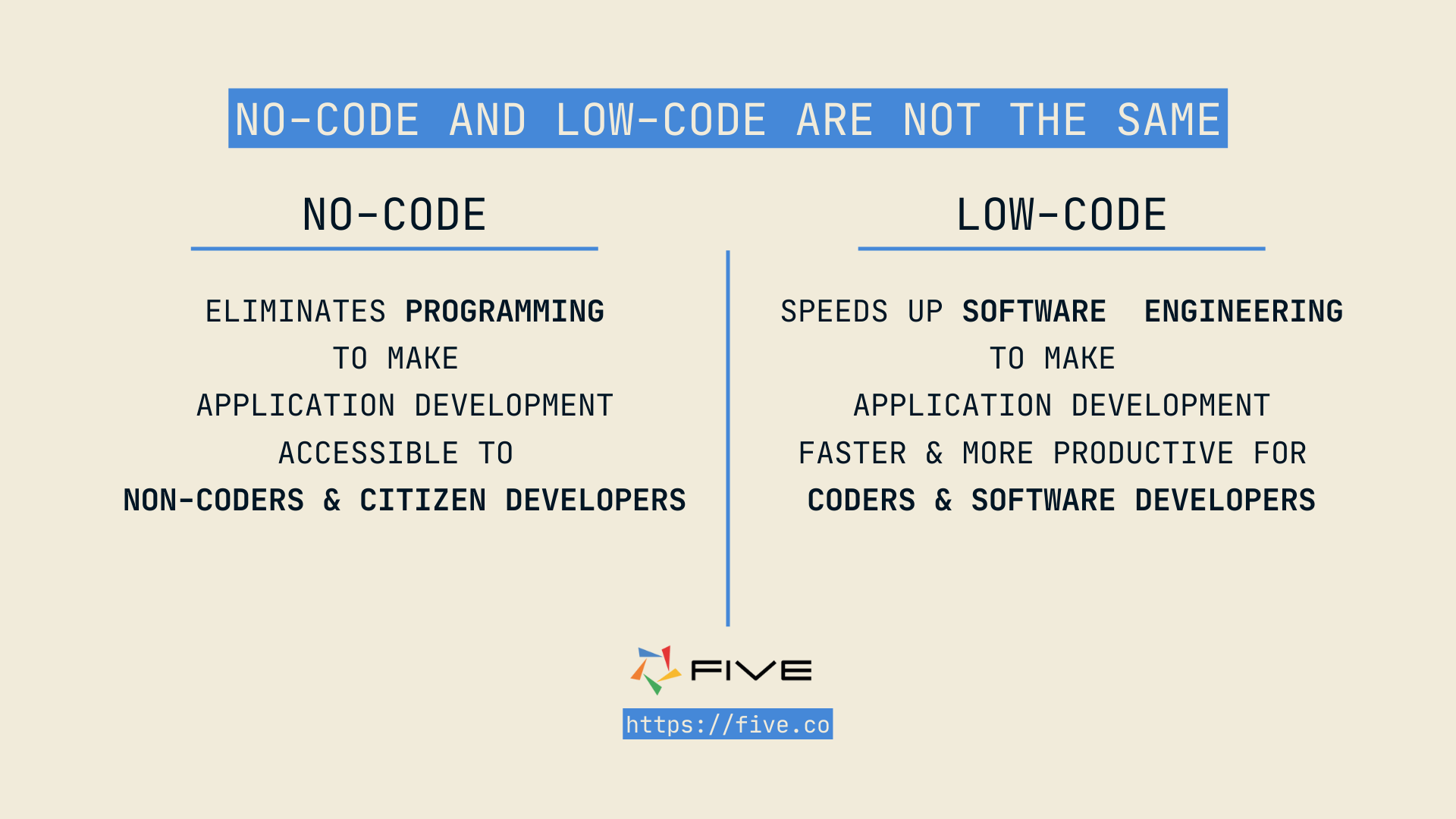 Full code describes the use of traditional coding to create applications. It has the advantage of full control and is the best approach for developing unique, robust, and complex applications that need to be 100% tailored to requirements. But it’s time-consuming, complex, and requires the expertise of trained software engineers.

To sum it all up: 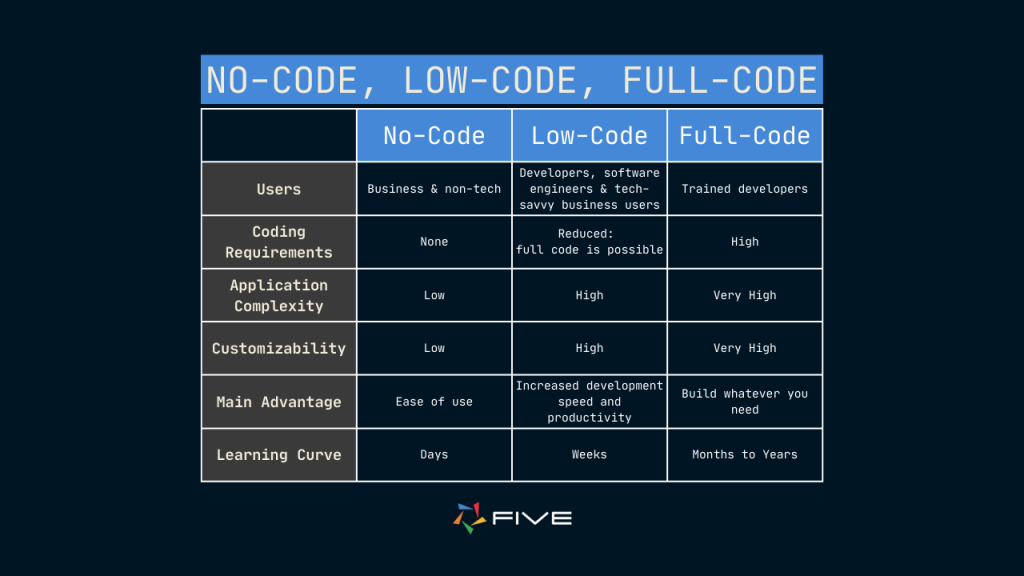