I Am A Software Engineer. Will I Be Replaced By AI In The Future?

Damn, Github’s Copilot is good. But don’t panic. The chances of you being replaced by AI are quite slim. 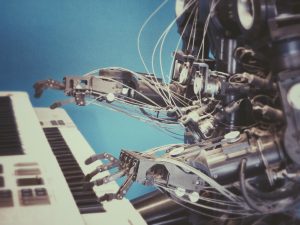 Call me old-fashioned, but I still prefer my human colleagues. 🤷🏻‍♂️

Back in 2017, GitHub’s co-founder and then-CEO Chris Wanstrath famously said that “the future of coding is no coding at all”. This was quite a controversial statement, especially from someone who oversaw 14 terabytes of code on the very platform they founded.

“The future of coding is no coding at all.”

However, the reality is that the demand for software developers (and code) is increasing, rather than decreasing.

More than half of all developers work at non-software businesses, according to McKinsey. Almost every business, regardless of size, industry, or geography relies on software nowadays. And there’s not nearly enough engineering talent to satisfy the hiring needs of all those companies. According to Korn Ferry, an HR consultancy, there is a global tech talent shortage of 4.3 million workers.

The salaries of software developers also continue to rise. In some countries, such as Australia, “software developers and engineers are the biggest winners in the hot talent market where some technology salaries have increased by more than 45 percent”, according to the Australian Financial Review.

In short: labor market statistics seem to point just to the opposite conclusion. Software developers and engineers are in high demand and urgently needed, rather than a job that is at threat of becoming redundant soon.

“67% of developers surveyed by TechRepublic do not think

that low-code or no-code platforms will result in fewer developer jobs.”

So rather than being a threat, low-code & AI-driven development seems to create new opportunities for developers. Low-code development is a skill that software developers should add to their toolbox to boost their career prospects.

If the opinions of your software engineering peers aren’t convincing enough, let’s look elsewhere. Even the World Economic Forum, the organization behind the annual event of movers & shakers in Davos, says that “Technology Design and Programming”, together with “Technology Use, Monitoring and Control” are two of the top 10 skills of the future.

Their research also quantifies the gap in current skills vs future, required skills. According to the WEF, 50% of all employees worldwide need reskilling to keep up with the digital economy. Their research relies on insights derived from LinkedIn and Coursera.

Low-code and AI-driven development? Don’t sweat it. Embrace it!

If you would like to learn more about low-code software engineering, check out our blog at https://five.co